It Cannot be Avoided

Everyone is talking about the Royal Wedding. Aren't they? The news this morning did postpone it a little to talk about the devastating weather in the South yesterday, but they got to it eventually.

Anyway, I live in a very rural area. I have come to accept the fact that I am surrounded by a lot of racist homophobes who don't like the president. I probably just got myself flagged on a bunch of watch lists for even saying that. But, sadly, it's true. It's Illinois, not the deep South fifty years ago. Grow up, people. Along those same lines, I keep hearing a lot of comments that basically boil down to "Didn't we beat them in the Revolutionary War? Why do we care?" Blah, blah, blah.

It's really kind of sad.

Or maybe I'm just a hopeless romantic. I mean, Kate is becoming a freaking PRINCESS. What girl hasn't dreamt about that? How many women will be weeping and starting their own fairy tale novels as this wedding takes place? I don't think I have it in me to stay up/get up that early. I'll watch the replays later on. Because I'm sure they'll be on every channel.

But it's a perfect story.

I'm not old enough to remember Diana and Charles' wedding, but I've seen the pictures long enough to know what a big deal this is. Even in the US. I can't help but feel a little sorry for Kate, though. How much of a say did she actually have in planning her own wedding? If it were me, I would've happily handed it over to someone else. I got married in Vegas, so I kind of did. I couldn't deal with the planning. But a lot of girls thrive on the whole planning and prep stuff. I guess if you're marrying a prince, you've got bigger things to worry about than picking out flowers.

Like the fact that millions and millions of people will watch you walk down the aisle. Not just the hundreds that are sitting in the church. Scary.

So, to William and Kate, best wishes. Try not to fall down or giggle inappropriately.
Posted by The Farmers Wife Writes at 1:36 PM 1 comment:

I've always enjoyed a good ghost story. When I was younger, I read "Scary Stories to Tell in the Dark" and the creepy RL Stine and Christopher Pike books. Honest to goodness, I'd probably be completely freaked out if I were to reread them today. I've gotten wussier with old age (though I've NEVER been a fan of scary movies), but that really doesn't have anything to do with what I'm trying to say.

I'm confused by what "paranormal" means anymore when it comes to books. Because, to me, "paranormal" was always ghosts. Maybe it's changed because of the expansion of/desire for the genre? The whole vamp/werewolf thing just needs to go away. I'm so over that. I can't even hardly look at those books anymore (please don't look at my Goodreads list and judge me because I mark A LOT of books to read).

Maybe my strong desire to write a good contemporary fiction has fueled my sudden dislike. Because I read Twilight (and I liked it...most of it) and I read Shiver (I couldn't get into Linger, though). What else qualifies as paranormal? How does fantasy and dystopian fit in? I've tried to read The Hunger Games. I couldn't get into that. I really disliked Matched, so did I pick the wrong dystopian to start with?

The whole genre thing is just confusing anyway. Is women's fiction the new term for "chick lit"? Or is it something all together different? I've gotten a headache just thinking about it. I think I'm going to go lay down now.
Posted by The Farmers Wife Writes at 2:48 PM 1 comment:

I'm supposed to be working on customer refunds. For the record, this is probably my least favorite part of my job. Right above making collection calls. It's a tedious process that takes too long.

Anyway, we survived the road trip to South Dakota. I got no writing done, but I did a lot of brainstorming. Mostly because I drove the whole freaking time. So I had the idea to restart my current WIP again (for the seventeenth time, probably). But I typed out a paragraph yesterday and I knew it wouldn't work. So I saved it for a flashback or some random piece later on.

I did come up with at least one good idea. And I rewrote a scene yesterday. A kissing scene. A first kissing scene. In the rain. I hope it works. My kissing scenes need work, so I think I did pretty good with this one.

Then I was thinking about how this story came together in the first place. It was a lot of scenes written at random times, in different notebooks. The hard was going back and putting it all together. Now the harder part is revising it. Because I wanted to change it up. I had my character all figured out, sort of. So now I'm making her more definite. Hopefully it works.

And now, random SD pictures...because I can... 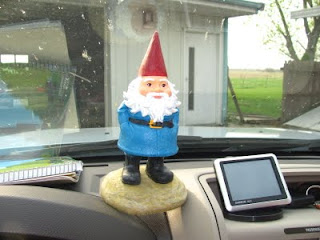 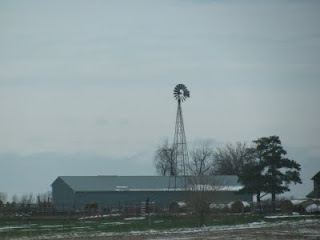 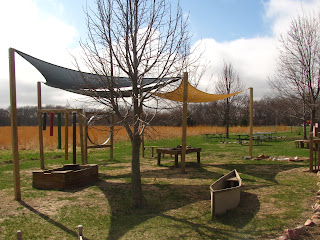 Posted by The Farmers Wife Writes at 10:38 AM No comments:

I already admitted to breaking the book buying ban. So let's just go ahead and talk about how I have no self control whatsoever.

Today I went to Borders with a long list of books I'd like to own. They only had one of them. Days like this remind me of why I don't like going to Borders in the first place. They never have a good selection of what I want. I don't think my taste is that different from most people. But I'm buying from the YA section and it is ALWAYS empty. So whatever.

Anyway, when I got back to work, I promptly got online and started shopping B&N. If you do it side by side (which I do), you will see that they are cheaper. Which is always nice.

Here's my justification, though. I had commissions sitting around on my Scentsy card. See that linky box over there on the right? Click it and buy some Scentsy products to support my book buying! I'm kidding. But seriously...

It's like finding twenty bucks in your pocket. Score! Let's go spend it!

P.S. This is also why I can't diet. I'll eat a brownie and then go for a walk around the parking lot. I can't justify that :-)
Posted by The Farmers Wife Writes at 1:14 PM No comments:

My current WIP is about a girl on a road trip. It's tentatively titled Cai Perry's Big Adventure, but I suck at titles.

This Friday I get to embark on a little road trip of my own. It won't be nearly as much as the story. For I get to travel with my mother and two children. Not a cute boy. But I'm going to visit my best friend, so it's all good.

Anyway, I was putting together my trip binder (it's part of the story) and I got to thinking about how cool a three month road trip would be. If only I had unlimited resources (money, a nanny, a nicer car) and an insane amount of vacation time. I would totally do it. Then I got to thinking about if it would be possible to take a leave of absence from work. It'd be like a maternity leave :-) as I would be birthing a book. Right? Or experiencing everything to make it better. The SCBWI gives out a WIP grant, but I missed the deadline this year. Maybe I should start planning for next year. The trip is pretty much all planned out. All I have to do is take it.
Posted by The Farmers Wife Writes at 6:41 PM 1 comment: 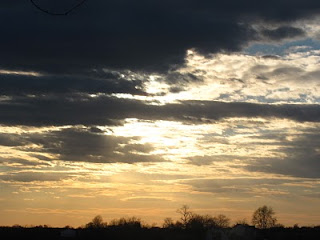 My dream was to have a pretty picture blog that I would update every single day. It would be a wonderful, beautiful thing. But I'm lazy about blogging. So I'll have to settle for posting random prettiness here.
Posted by The Farmers Wife Writes at 10:01 AM No comments:

So remember my big book buying ban? Completely out the window. It took me a week to admit to it, though. I bought three books at Borders. The saddest part? I can't even remember which three books I bought. Wait. I know one of them was Pictures of You by Caroline Leavitt (look at that! I figured out how to link!). I had a signed bookplate from her. What's the point of having one if you don't have the book? Plus, I had a coupon from Borders. And I'd like to keep them in business, since it is the only book store in the area.

Do I even get into the $40 book order I submitted to my kid's teacher? I think I said I wouldn't stop buying books for the kids. Because kids can never have too many books. No matter what The Farmers says. They need something for their Easter baskets!

In other news, I got comments back from my CP on my current WIP that I would really love to finish within the next couple months. I don't know if it was her comments or my complete lack of sanity, but I started another rewrite on the beginning. It will change the rest of the story, but the meat of it will still work. I think. I hope. We'll see. If not, I'll scrap it and go back to the old version. Because I can!
Posted by The Farmers Wife Writes at 8:45 AM No comments:

This is an interesting post about romance in the YA genre. Go, read it. It's most interesting because there are such strong opinions about it. I love romance. I love to write happy endings. I was the girl who, in high school, thought I'd found my "soul mate." Maybe I'm just cynical about it now because that is not the same person I married. I don't advocate marrying the person you're in love with in high school. I've seen people do it and it works for them, but I think the majority of people will not get that lucky.

I didn't date an insane amount of guys. Just a handful (like, count on one hand) and that was enough to figure it out. I've tried to get away from writing characters with no boy experience because, like I said above, I like to write happy endings. I don't want my characters to be the head over heels in love totally unrealistic type. I think a lot of people think of Twilight when it comes to this (isn't it funny how everything always comes back to Twilight? Love it or hate it, it's a phenomenon like no other). Bella had it too easy. But that's a whole other discussion.

The point is (I think) that love isn't easy. So we shouldn't write it that way. But it's something that everyone can relate to and everyone can understand. Everybody has different views and different opinions. So be true to what you know and believe and write from your own heart.
Posted by The Farmers Wife Writes at 10:07 AM 1 comment: